It is interesting to travel with fresh and cold weather. We will travel to the north of Mongolia and discover the Tsaatan’s lifestyle. There are some people herding reindeers in the mountain area and they are called Tsaatan in Mongolian. The Reindeer herders are most of the time living in the mountain area and in the tepee. Tsaatans are living only in the north of Mongolia and above the depression of Darkhad in the taiga. At one time, before Soviet domination, the Tsaatan people from the Northern taiga of Mongolia lived throughout the area including Darkhad depression, taiga in the North and West, the mountains of Khoridol Saridag in the East, to the door of the big pass that separates the taiga zone, from the lower part which goes down to Moron.

Tsaatans are living at the border of Mongolia and Russia. Now they are around 100 families and they divided into two main groups. It is called Western and Eastern taiga. Also, they are herding over 2000 reindeers in the mountain area. From the village of Tsagaannuur, we will go to East taiga and meet the tsaatan family. The Tsaatan people mainly live from hunting, gathering plants and use a very large part of their reindeer milk, which is incredibly rich with fat and vitamins. The reindeer and their traditional tepee is the heart of Tsaatan culture.

On this trip, you will have so many adventures. The first highlight will be leaving a big city in the countryside. Out of the city, you will feel like a real nomad and drive to the north of Mongolia, to Hovsgol lake. Also, you will drive on the frozen lake it will be one of the highlights and stay with the Tsaatan family. it will be a great time with tsaatan family and reindeer. 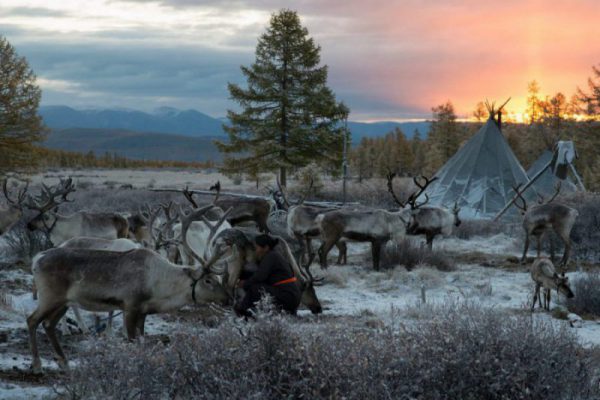