In Hovsgol province and northern Mongolia, there is Hovsgol lake, it is called ‘blue pearl of Taiga’ this lake is located in northern Mongolia and next to the Horidol Saridag mountains. ‘Khuvsgul Lake’ National Park is one of the main tourist attractions in Mongolia. This lake is known as the second clearest water lake in the world after Baikal Lake in Russia. Water is crystal clear so that you can see the bottom of the lake when you are sailing. The lake is 145 kilometers long, 35-45 kilometers wide, 273 meters deep from its surface to the bottom and over 2% of the world’s freshwater.

The behind a Horidol Saridag mountains, there is a mystical wild, boreal forest and hundreds of lakes scattered over a wide valley called the blue basin of Darkhad. In this valley there are some ethnic groups are living for a long time. Darkhad and Tsaatan families. Darkhad families are herding horses, sheep, goat, cow, yak, and camel. They are nomadic families too.

Tsaatans are herding these animals too but especially herding Reindeers and living in the big mountain area. Darkhad and Tsaatans are mainly live from hunting, gathering plants and use a very large part of their herding. In Darkhad valley you can see so many kinds of wild animals, deer, wild boar, squirrel, beaver, otter, ermine, marten, sable and wolf inhabit this remote part of Mongolia, part of Siberia. Darkhad valley is one of the main travel destinations of Mongolia. During the summer so many travelers are coming to see these ethnic groups of people.

Tsaatans are living at the border of Mongolia and Russia. Now they are around 100 families and they divided into two main groups. It is called Western and Eastern taiga. Also, they are herding over 2000 reindeers in the mountain area. From the village of Tsagaannuur, we will go to East taiga and meet the tsaatan family. The Tsaatan people mainly live from hunting, gathering plants and use a very large part of their reindeer milk, which is incredibly rich with fat and vitamins. The reindeer and their traditional tepee is the heart of Tsaatan culture.

During this trip, you will have so many highlights. the first highlight will be feeling freedom and feeling peaceful in the Mongolian countryside when you leave a big city. Hiking around the mountain camping next to the river campfire etc... next highlight will start your horse riding among the great blue lake of Huwsgul. also, you will cross big mountains and big rivers this will be one of the highlights. then then you will ride to Tsaatan there you will discover the real ethnic lifestyle and it will be top of highlight for sure. 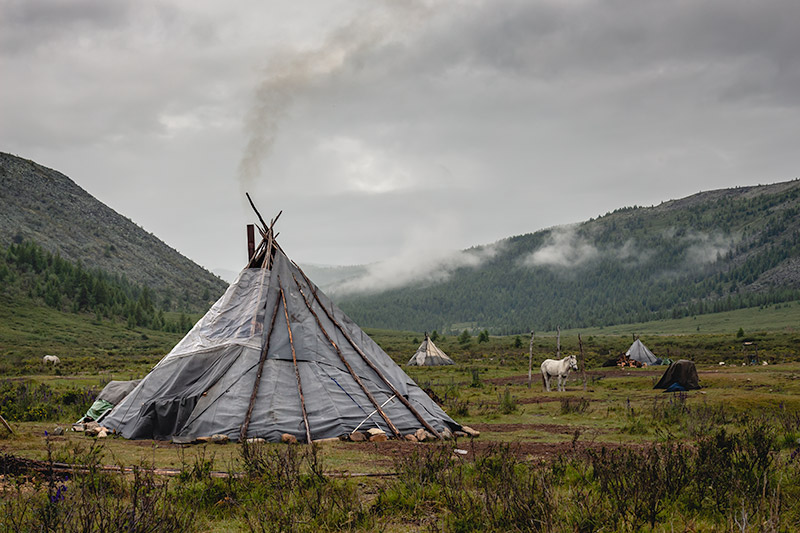